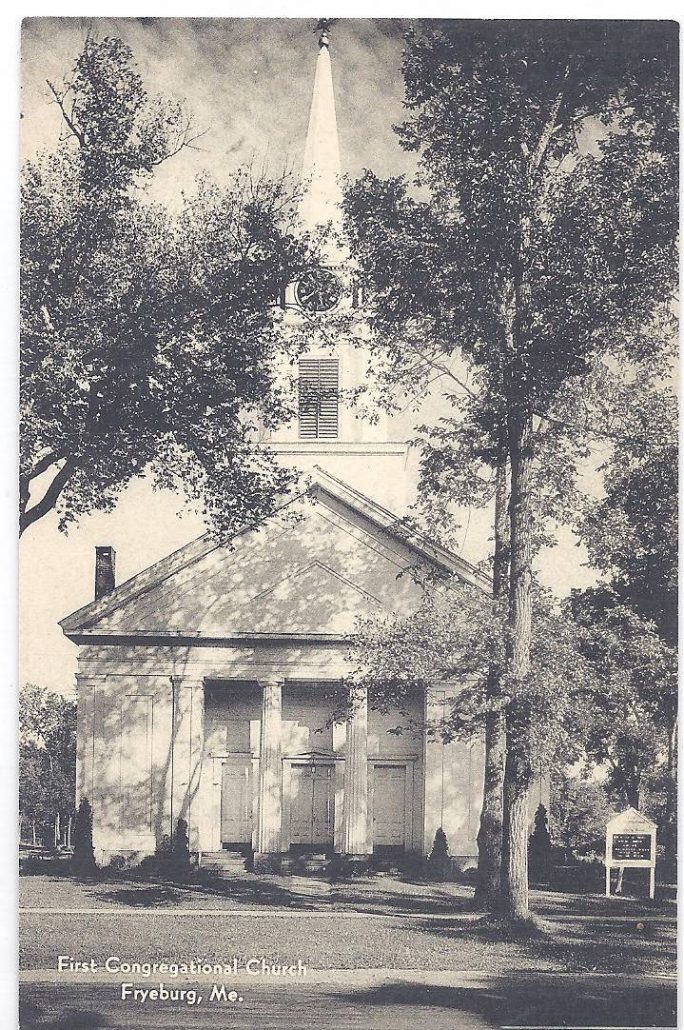 The First Congregational Church of Fryeburg was organized in August 1775, with the arrival of Rev. William Fessenden, satisfying a provision of the original land grant that a protestant minister be called to the town. The first church building which also served as the town meeting house, was located about 4 miles north of the present site. In 1795, another meeting house was built across from Fryeburg Academy and was the site at which Daniel Webster delivered his famous July 4th oration while serving as Fryeburg Academy Headmaster. In 1837, The Vestry, (the present Thrift Shop) was built as a winter meeting house since the regular building had no heating facilities.

The present church remains much the same today as it did when it was built in 1850. The only major difference being the basement, excavation which was done in 1963 and completed in 1975. The gallery contains a tracker organ installed in the late 1850’s. Like other organs of its time, it was entirely mechanical, requiring air to be pumped manually into the organ. An electronic air blower was installed in 1925 and the organ is still used on special occasions. The church was built with box pews, doors and paneling extending to the floor, which helped to retain heat provided by tiny foot stoves containing hot coals brought from home. Most of these pews were “owned” by individual families. The stained glass windows were installed in 1894 and restored in 2006. In 2015 the Steeple, bell tower and clock were completely restored. The handicap access to the sanctuary was updated in 2016.

The church has had many pastors in its long history, the longest tenure being that of Rev. Carlton Hurd (1823-1855) to whom the Hurd Room was dedicated. 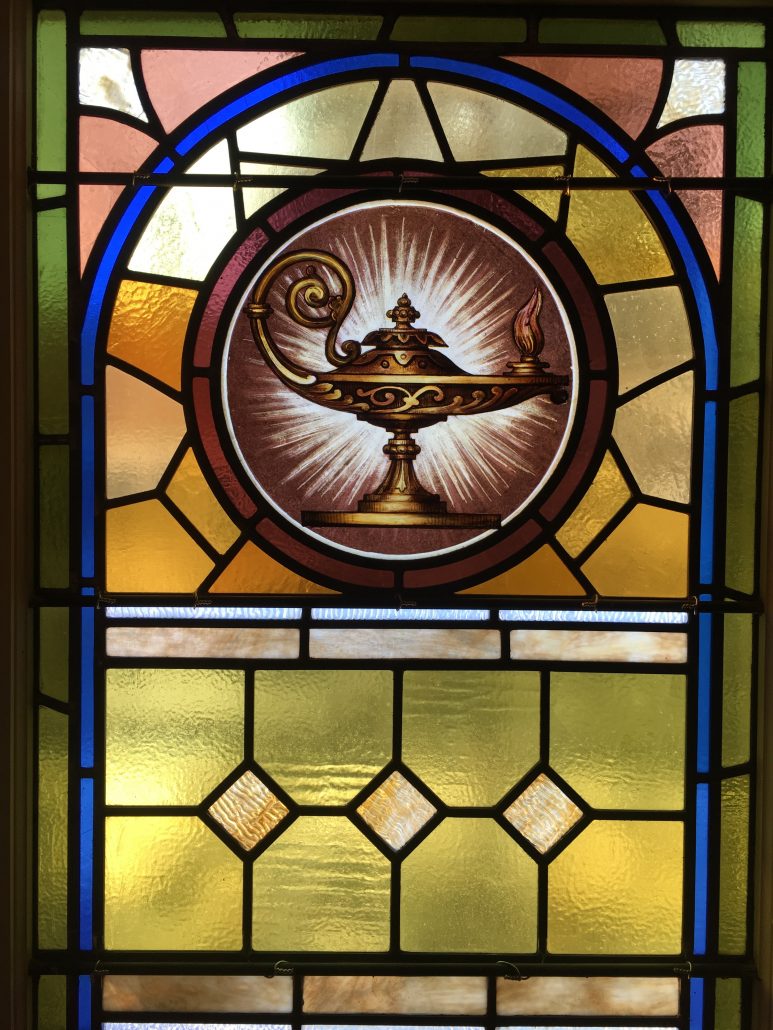 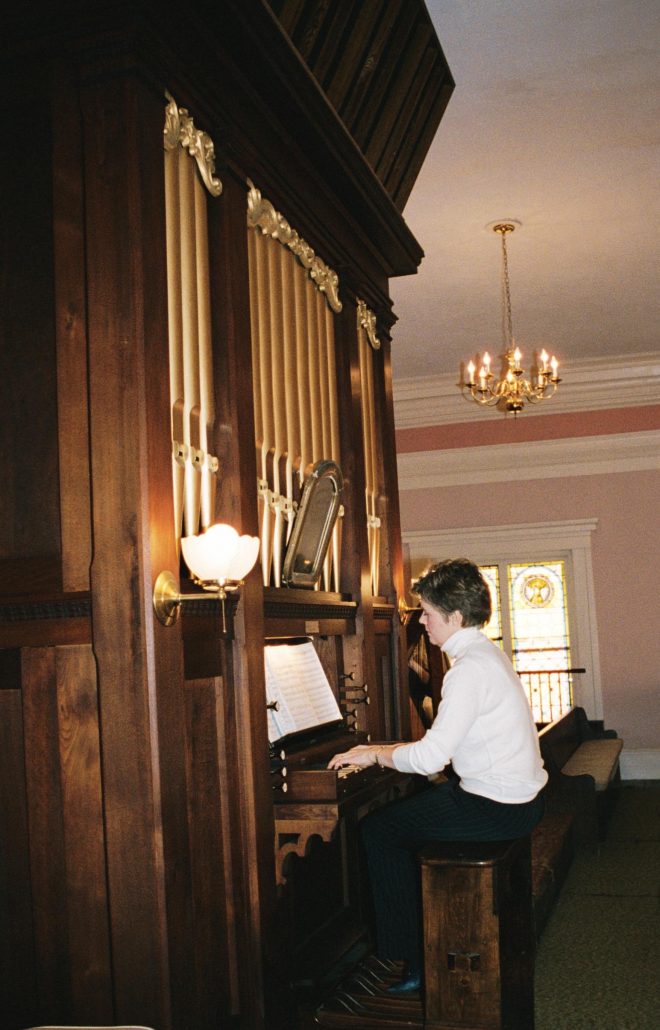 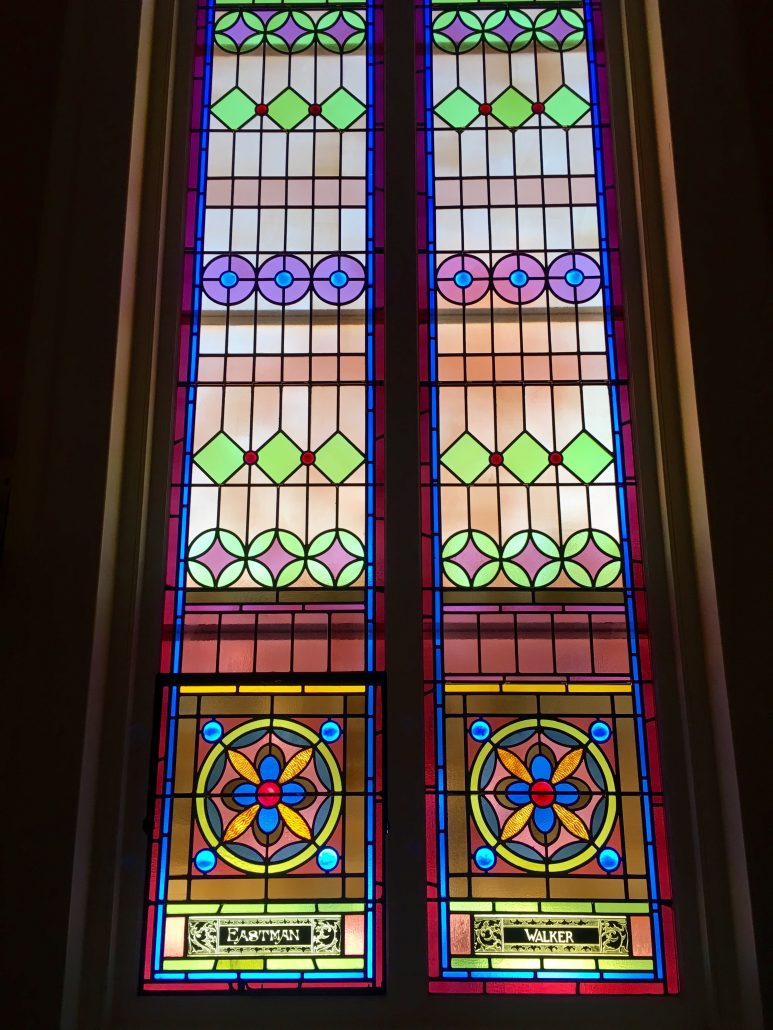